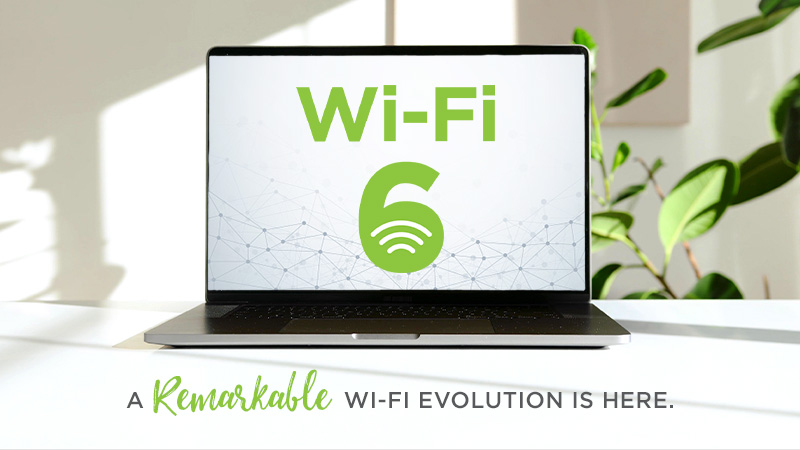 Summary:  The distinctions between the different versions of Wi-Fi have always been confusing— so you aren’t the only person scratching your head wondering, “What is Wi-Fi 6?”.  Let’s look into the previous versions and what makes Wi-Fi 6 the next best thing! It’s time to investigate. 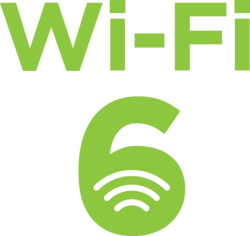 Wi-Fi and Internet are constantly in demand, especially as we consume more bandwidth-demanding activities with our Wi-Fi-connected devices. Due to this increasing demand, Wi-Fi technology is getting faster and faster to keep up with our ever-expanding demands for streaming, gaming, video calls, and all of our connected activities.

This is how Wi-Fi 6 came into play. Just as you see new generations or models or products, the same thing does for services such as Wi-Fi and its technology. New generations give room for more speed, better quality equipment, and more research into its optimization. But the next generation of Wi-Fi isn’t just a simple speed boost. Its impact will be more distinct, and we’re likely to see its benefits more and more over time.

As standard, the latest Wi-Fi model offers faster data transfer speeds. If you’re using a Wi-Fi router with a single device, maximum potential speeds should be up to 40% higher with Wi-Fi 6 compared to Wi-Fi 5.

More than speed, it will provide better performance in congested areas, from crowded workspaces to your own device-packed home.

Wi-Fi 6 officially arrived in late 2019, and Wi-Fi 6-enabled hardware was released throughout 2020. What about previous versions of Wi-Fi? Older versions of Wi-Fi aren’t widely in use and aren’t officially being branded. But, if they were, here’s what they’d be called:

Wi-Fi 6 is the next generation of Wi-Fi. It’ll still do the same basic thing — connect you to the internet — just with many different technologies to make that happen more efficiently, speeding up connections.

What makes it faster? 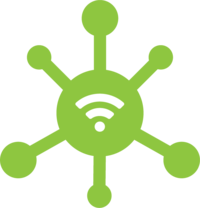 MU-MIMO, which stands for “multi-user, multiple-input, multiple outputs,” is already in use in modern routers and devices, but Wi-Fi 6 upgrades its norms.

MU-MIMO was created to support environments where multiple users are trying to access the Wi-Fi network simultaneously. When multiple users begin accessing the router simultaneously, congestion can be introduced as the router services the first user’s request while the second (and third, fourth, etc.) wait. While these wait times can be minuscule, they can add up with more devices (smartphones, tablets, computers, etc.) and users asking for resources. MU-MIMO helps this by allowing multiple users to access router functions without congestion.

The second key technology is orthogonal frequency-division multiplexing or OFDMA. The use of OFDMA is for increased efficiency. Imagine your Wi-Fi connection as a series of delivery trucks delivering data packets to your devices. With Wi-Fi, each delivery truck or “packet” could only deliver one parcel to one device at a time. But with OFDMA, each truck can simultaneously deliver multiple parcels to multiple devices. This vast improvement in efficiency works for both uploads and downloads.

Wi-Fi 6 expands the Wi-Fi band from 80 MHz to 160 MHz, doubling the channel width and creating a faster connection from your router to the device. With Wi-Fi 6, you can enjoy high-definition movies, large file downloads and uploads, and responsive smart home devices – all without buffering.

Instead of boosting the speed for individual devices, Wi-Fi 6 is all about improving the network when a bunch of devices are connected. multiple users can access the router simultaneously without any noticeable decreases in bandwidth quality– up to a point

This is all possible because of a feature called Target Wake Time, which lets routers schedule check-in times with devices.

It isn’t going to be helpful across the board, though. Your laptop needs constant internet access, so it’s unlikely to make heavy use of this feature (except, perhaps, when it moves into a sleep state).

OKAY, SO HOW Much faster on each DEVICE?

The story starts to change as more devices get added to your network. While some current routers might start to get overwhelmed by requests from many devices, Wi-Fi 6 routers are designed to more effectively keep all those devices up to date with the data they need.

Each of those devices’ speeds won’t necessarily be faster than what they can reach today on a high-quality network, but they’re more likely to maintain those top speeds even in busier environments.

You can imagine this being useful in a home where one person is streaming Netflix, another is playing a game, someone else is video chatting, and a whole bunch of smart gadgets — a door lock, temperature sensors, light switches, and so on — are all checking in at once. 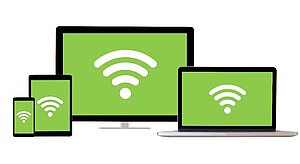 erference from your neighbours’ wireless networks can cause issues with your wireless signal. The new Wi-Fi 6 technology recognizes those external signals from neighbouring networks so that your router can ignore them. If you’ve ever lived in an apartment or close to your neighbours, your router just became that much more efficient – no extra work required.

Another new technology in Wi-Fi 6 allows devices to plan out communications with a router, reducing the amount of time they need to keep their antennas powered on to transmit and search for signals. That means less drain on batteries and improved battery life in turn.

Back to: Westman Blog