Did someone say movie marathon? 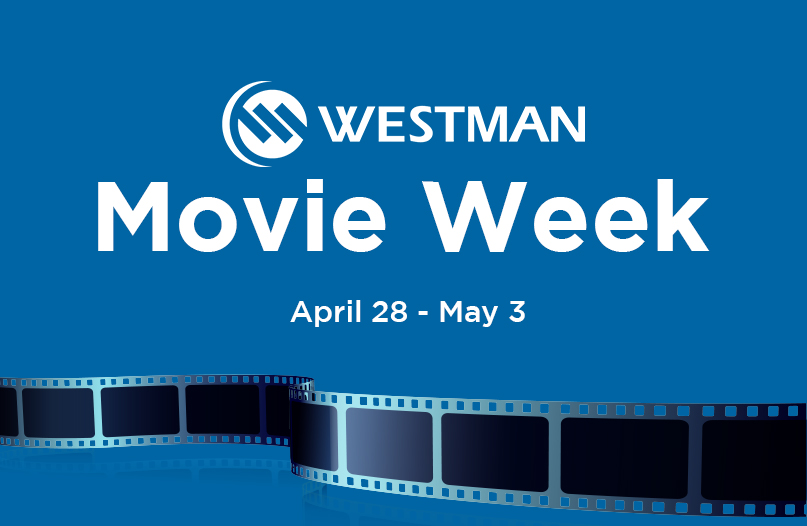 Starting today, join us all week long, with a selection of must-see movies that are available to our TV subscribers! Grab all your movie marathon must-haves and tune in to one of the hidden gems listed below.

A Walk to Remember
4:00 PM on SLICE • Channel 40 • PG
Forced to tutor students at a school, a young delinquent (Shane West) falls for a minister's (Peter Coyote) daughter (Mandy Moore).

Lucky in Love
6:00 PM on W Network • Channel 59 • G
A woman (Jessica Szohr) must adjust to her new, seemingly perfect life when her pranks on April Fools' Day come true.

Dr. Seuss' Horton Hears a Who!
7:00 PM on CHRGED • Channel 53 • G
Horton the elephant's friends and neighbors think he has gone crazy when he claims that a tiny community lives on a speck of dust.

The Hangover
6:00 PM on Movietime • Channel 149 • 18+
After a wild stag party in Las Vegas, three hazy groomsmen (Bradley Cooper, Ed Helms, Zach Galifianakis) must find their missing friend and get him back to Los Angeles in time for his wedding.

Need for Speed
8:00 PM on Showcase • Channel 35 • PG
Determined to take down his treacherous rival (Dominic Cooper), a street-car racer (Aaron Paul) runs through a cross-country net of cops and bounty hunters to enter the most prestigious race in the underground racing circuit.

Dr. Seuss' The Cat in the Hat
8:00 PM on YTV • Channel 21 • PG
Looking for fun, a mischievous feline (Mike Myers) invades the home of two children while their mother (Kelly Preston) is away.

Must Love Dogs
8:00 PM on Movietime • Channel 149 • PG
A divorced teacher (Diane Lane) meets a hopeless romantic (John Cusack) after her sister (Elizabeth Perkins) thrusts her into the world of Internet dating.

Crazy, Stupid, Love
8:00 PM on Slice • Channel 40 • PG
A self-styled Lothario (Ryan Gosling) teaches a suddenly single 40-something (Steve Carell) how to be a hit with the ladies.

Ferdinand
6:00 PM on Family Channel • Channel 45 • G
A bull's peaceful existence comes crashing down when authorities return him to his former captors. With help from a wisecracking goat and three hedgehogs, the giant but gentle bovine must find a way to escape before he meets a bullfighter.

Blackhat
5:00 PM on Movietime • Channel 149 • 14+
A convicted hacker (Chris Hemsworth) is released from prison and joins forces with American and Chinese partners to track down a high-level, international cybercrime network.

Get Out
8:00 PM on Showcase • Channel 35 • 18+
A young photographer (Daniel Kaluuya) uncovers a dark secret when he meets his girlfriend's (Allison Williams) seemingly friendly parents (Catherine Keener, Bradley Whitford) for the first time at their posh estate.

The Nice Guys
9:00 PM on Lifetime • Channel 263 • 18+
A down-on-his-luck private eye (Ryan Gosling) works with a hired enforcer (Russell Crowe) to investigate the disappearance of a young woman (Margaret Qualley) in 1977 Los Angeles.

Charlotte's Web
6:00 PM on Teletoon • Channel 47 • G
After learning that a young pig's days are numbered, a literate spider (Julia Roberts) weaves an elaborate plan to save her friend from the butcher's block.

War Dogs
5:30 PM on Movietime • Channel 149 • 14+
Two international arms dealers find themselves in over their heads after landing a $300 million contract to supply weapons to the Afghan military.

Love in Design
6:00 PM on W Network • Channel 59 • G
A television star returns to her small New England hometown to renovate a historical manor. When an old flame is assigned to approve her designs, the two must find harmony between the old and the new.

Salt
7:45 PM on HIFI • Channel 1243 • 14+
After a defector accuses her of spying for the Russians, a CIA officer (Angelina Jolie) goes on the run and tries to come up with a way to establish her innocence.

The Gambler
9:00 PM on Slice • Channel 40 • 14+
A literature professor (Mark Wahlberg) with gambling debts borrows money from a mobster (Michael Kenneth Williams) and offers his life as collateral while immersing himself in an illicit, underground world.

How to Train Your Dragon 2
5:00 PM on YTV • Channel 21 • PG
After discovering a secret cave filled with wild dragons and their mysterious benefactor, Hiccup (Jay Baruchel) and Toothless find themselves at the center of a battle to protect the peace of Berk.

*Titles and times are only relevant to dates listed above. Channel numbers are from Westman TV Subscription.*